What Are Non-Reportable Precious Metals?

What Are Non-Reportable Precious Metals? Why Do You Need Them? How Do You Get Them? 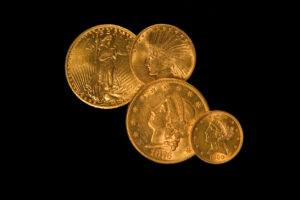 Pre-1933 gold is extremely popular due to a few reasons. Firstly, it is Non-Reportable. As a result, it is much safer to own and easier to protect incase of a government confiscation. Secondly, there is a rarity to it because of its age. Lastly, you can still acquire this gold for a price based on its intrinsic value and not pay a crazy mark-up.

To enumerate, Pre-1933 Gold is most commonly referred to as currency that used to be in circulation. Formerly, our United States Currencies used to be made with precious metals. You can purchase a $10 Liberty Head Gold Coin that has a current value of $1,125 as a result of its gold contents.

1933 is such an important and specific year as a result of the Gold Confiscation.

All it could take is one new executive order and your gold could be confiscated. Unless you have Non-Reportable Precious Metals.

What is Non-Reportable Silver? 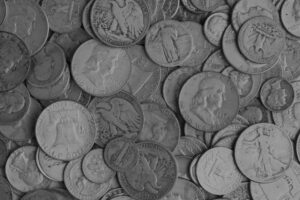 Pre-1965 Silver is the most popular asset purchased from Patriot Gold Supply due to its ease of use, bartering ability, and potential increase in value.

Specifically, nickels, dimes, quarters, and half dollars are what our clients prefer to purchase.

Before 1965, our United States coins used to contain silver. They would have a true and intrinsic value. In detail, most of the coins would contain 90% silver and 10% of another metal to provide durability. After 1965, the United States decided to devalue our currency. They removed the 90% silver and replaced it with other metals such as zinc. In other words, the government stole wealth from its own people. Granted, this is nothing new. Governments have stolen from their people via devaluation for centuries. Furthermore, these governments turn to a fiat currency system resulting in emanate collapse. If you cannot see, whether it be from history or from current events, that the dollar is doomed, you may need a check up. It is coming whether you see it or not.

What Are Non-Reportable Precious Metals And Why Should You Buy Them?

Gold And Silver Are Physical

It Is Portfolio Insurance

It Can Be Used To Barter

Who Is Patriot Gold Supply?

In conclusion, “What are Non-Reportable Precious Metals?” is a question that we get often because of the state of the nation. We recognize that and we have set out to help other Patriots protect their wealth. While protecting your wealth, you can also help others too. Patriot Gold Supply gives back to veterans in need and their families through Folds of Honor. God has taught us to help those in need and our Unapologetically Patriotic values teach us to help our fellow Patriots.

If you have any questions such as “What are Non-Reportable Precious Metals?” “How do I order Non-Reportable Precious Metals?” or any other questions, you can contact our team at (888) 959-1776. The current administration and the uncertainty of the United States Dollar has resulted in a flood of phone calls to our team. If you are not able to reach one of our God-Fearing staff members at first, please call again or fill out the form at the bottom of this page.

We look forward to speaking with you soon!