Why Should You Keep Your Gold Purchases Private? 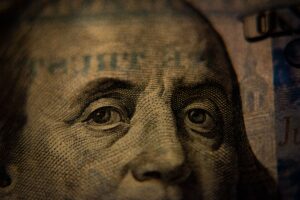 First off, If you are purchasing gold that is modern and has minted recently, you are purchasing gold that has a plethora of restrictions. As you know, the government believes that we need them to do everything and that includes investing our money. Laws and rules are enacted for the sake of “protecting” the citizens. Consequently, the laws simply restrict the freedoms of the American people.

In the next few minutes here, we will explain “what is Non-Reportable Gold?” and secondly, “why is Non-Reportable Gold so popular?”. Frequently we get asked by our great clients how they can keep these investments safe and private. Frankly, no one wants their personal purchases to be monitored by anybody.

We can all agree that it is a positive thing to be able to stop the bad guys from misusing gold, however, big government uses this as an excuse to pile restrictions on law abiding citizens. Moreover, If you look at the second amendment, you can see the exact same tactics being used.

“The government knows best” and “For your safety” are phrases we hear over and over but we know the facts. The facts are that you are smart enough to make your own investments and you don’t need the government to put you into a straightjacket of protection.

What Is Non-Reportable Gold And Why Is It Good To Own?

Non-Reportable Gold is gold that was formed into coins before 1933. To try to save the United States from economic struggles, Franklin D. Roosevelt enacted Executive Order 6102 in 1933. Subsequently, gold became illegal to own. Every American was required to turn in their gold to the government and receive paper currency. This in no way benefited Americans and above all this was theft performed by our own government.

What Is The Easiest Way To Purchase Non-Reportable Gold?

To sum up the past few years you can use one simple word:

However, there is a way to keep inflation at bay in regards to your personal financial situation. Non-Reportable Gold is the safest way to protect your future. Obtaining Non-Reportable Gold can be more difficult than just walking into your local gold store. It can be slightly more difficult to find. Therefore, we recommend you find the help of an expert that can guide you in the right direction with your best interest in mind.

Similarly to gold, you can also buy Non-Reportable Silver as a more speculative investment that is safe from confiscation.

How Can You Protect Your Retirement From Inflation?

Similarly to purchasing gold with cash in your bank account, you can easily use your IRA and your 401k to purchase Non-Reportable Gold. This can be done with extremely minimal fees and takes a matter of days. Considering the state of the nation, many people are taking this route to hedge their wealth. Even if you have a retirement account with a company you no longer work at, you can still use your account to purchase Non-Reportable Gold.

Have A Positive Impact While Practicing Your Freedoms

In addition to having Unapologetically Patriotic values, we also take action. A portion of every purchase will go to support veterans in need and families of veterans in need. As a result, you don’t have to purchase your gold and silver from a Deep State corporation who charges exorbitant fees to make a quick buck.

Who Is Patriot Gold Supply?

After having accumulated over 30 years of experience with Non-Reportable Gold and receiving the question “What is Non-Reportable Gold?” numerous times, we have helped tens of thousands to hedge their wealth against inflation and confiscation. Above all, treating clients with fairness and providing an honest experience. Protecting your wealth shouldn’t be hard. Therefore we provide you with a smooth process, easy payment methods, and clear communication throughout the entire process.

As a result of current events, our team of Patriots are absolutely slammed. Helping our clients with questions and resources to hedge against inflation, we stay very busy. You can call (888) 959-1776 to speak with one of our Account Executives. Alternatively, you can fill out the form on the bottom of this page to reach our team. One of the God-Fearing and Freedom-Loving staff members will be in contact with you shortly.